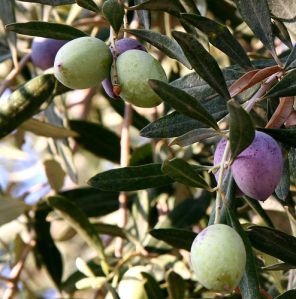 Olive oil is a wonderful product that is used by cooks around the world, especially in dishes of the Mediterranean. It is used on salads, used with foods that are to be eaten cold and can be a healthy substitute for many other oils. Of course, the olive oil you get can differ depending on the type, but one type you always want to get is organic.

When people buy organic, they tend to look for organic fruits and vegetables, while ignoring something like olive oil. Organic Olive Oil is just as important, despite the lesser attention it seems to receive.

One of the most important things to keep in mind is that the olive has a very delicate skin, so when pesticides are used, they can penetrate easily into the olive and they typically cannot be removed easily through washing or peeling of the olive. Once that pesticide hits the olive, it becomes part of the olive through the entire process. From the moment it is picked down to the moment when it goes on your salad. This is why going organic is such a good idea when dealing with olive oil.

This is just the damage the pesticide can do you to you, but what about the much larger damage that is done to the environment. In a study published by the Economist in 2008, it was found that the production and farming of large-scale olive oil produced in conventional means causes massive problems for the local environment. Olive oil trees are planted in huge quantities, and require an immense amount of watering to help the olive trees grow, while gas-guzzling machines are used to pick the olives from the trees. In order to reduce the costs related to making olive oil, companies will extract the oil from olives in huge batches using heat technology. This all produces greenhouse gases that contribute to climate change. This manner of production is also contributing to a huge amount of soil erosion and desertification throughout various areas of Italy, Portugal, Greece and Spain.

Organic, small-scale production of olive oil is done in a much different, more sustainable way. Often, olives are plucked from the trees by hand, then cold-pressed in order to get the oil. This is the way the oil has been produced for thousands of years in the Mediterranean and the olive oil tends to be much higher quality as a result.

By choosing Organic Olive Oil from smaller manufacturers, you are not only getting a better product, but you are helping the environment both worldwide, and in the countries where the olives are grown.